Mickey’s Not So Scary Halloween Party 2016

Welcome to our most spooktacular post on Mickey’s Not So Scary Halloween Party 2015. This guide includes everything you need to know about this year’s event, and it’s still going! As soon as new information is released, you’ll find it here. This post is quite thorough, so we’ve added some helpful links to take write to your favorite topic, or you just keep reading

The party officially begins at 7 p.m. inside Magic Kingdom. Party guests are welcome to enter the park starting at 4 p.m., which we recommend taking advantage of (see tip no. 4 below). One question that comes up frequently in comments is how Disney handles the transition from the park close to the start of the party. Well before the park closes for the party at 7 p.m., cast members are out and about to remind guests that the park closes at 7 p.m. All party guests will be given party wristbands upon entering. At 7 p.m., cast members stationed around the park will be asking guests to show wristbands if they are not visible. Guests that do not have them will be directed to the exist.

FastPass+ at Mickey’s Not So Scary Halloween Party 2015

FastPass+ is not available during the party. There is generally less need for it as most people are enjoying the party activities and spending less time on rides. Party guests entering the park between 4 and 7 p.m. can, however, use FastPass+, provided their party ticket is linked in My Disney Experience.

Expected Entertainment & Rides during Mickey’s Not So Scary Halloween Party 2015:

List of attractions expected to be open during Mickey’s Not So Scary Halloween Party 2015: 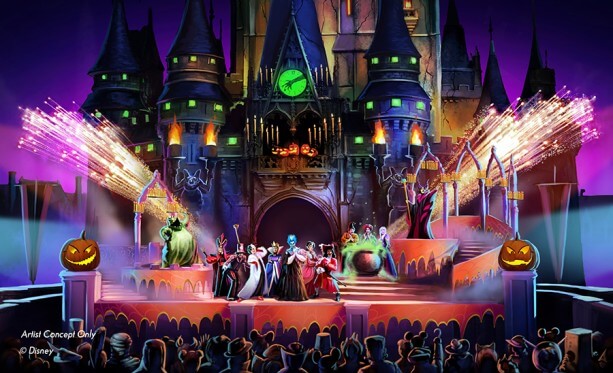 We list below the party events that we expect to be in place for Mickey’s Not So Scary Halloween Party 2015, but there is at least one new activity headed to the park. The infamous Sanderson Sisters from “Hocus Pocus” will be in the park for “Hocus Pocus Villain Spelltacular” show at the Castle Forecourt Stage. The show will be held exclusively during the party and will feature the Sanderson Sisters, Winifred, Mary and Sarah, along with other Disney villains such as Dr. Facilier, Ooogie Boogie, Maleficent. “Hocus Pocus Villain Spelltacular” will be replacing the Villains Mix ‘n’ Mingle. There is no word yet whether there will be picture-taking opportunities with the Sanderson Sisters or any of the villains as there has been with the Mix ‘n’ Mingle in the past, but watch out — they may put a spell on you!

Tips for Mickey’s Not So Scary Halloween Party 2015

As we’ve mentioned a time or too, Mickey’s Not So Scary Halloween Party is one of the Frog Family’s absolute favorite events! For those of you who love Halloween, it is definitely not to be missed.

Now, each of us Frog Family members has a different thing we love most about the party, so that just goes to show you there is a little something for everyone at this event! For those of you wondering whether the party is worth the additional expense (it is a separately ticketed event), for us, it’s a resounding “Yes!!!” To make it the absolute best experience for your family, we recommend the following tips: 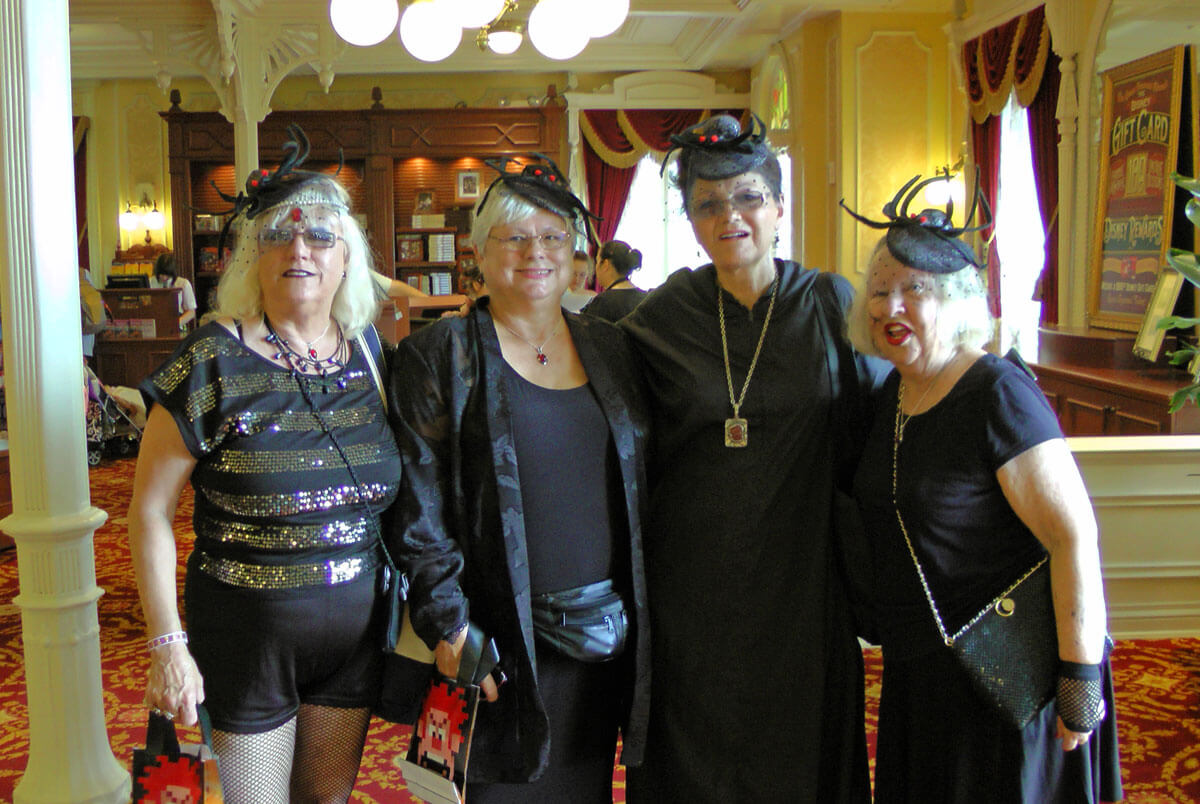 While it’s not required that you wear a costume, it sure adds to my enjoyment, because my favorite partof the night is taking in all of the elaborate costumes! And since this is the one event of the year where you are allowed to wear a costume at Magic Kingdom, I, for one, like to take advantage of it. Wearing a costume also gives you the added bonus of planning what you are going to wear — which for me just adds to the magic! And, in case you’re wondering, you’re never too old to enjoy Mickey’s Not So Scary Halloween Party.

While temperatures in Orlando are cooling down a bit, the average high is 90 in September and 85 in October. It can still be quite muggy, especially after those still-frequent afternoon rains, so parents should dress their children (and themselves) accordingly. Think twice before outfitting your little monster as Sulley, at least a head-to-toe furry Sulley. Consider bringing a change of clothes for younger children “just in case” and picking up rain ponchos at your nearest dollar store before you leave for the trip. 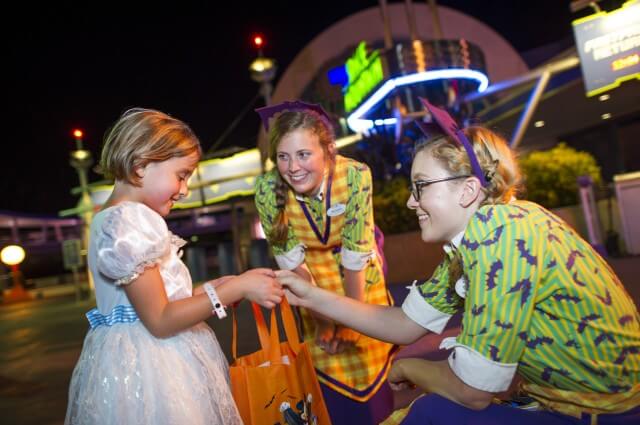 Upon entry into the park, guests are given treat bags, but they are on the smallish side. If your children are there for the loot, then pack your own bags, so they can fill up. You can also purchase souvenir bags that do the trick! Trick-or-treating is Lily’s favorite part of the party, but she loves saying “trick-or-treat” as much as she loves the candy. If you have older children who are just in it for the candy, be sure to read this post!

4. Get to the parks early 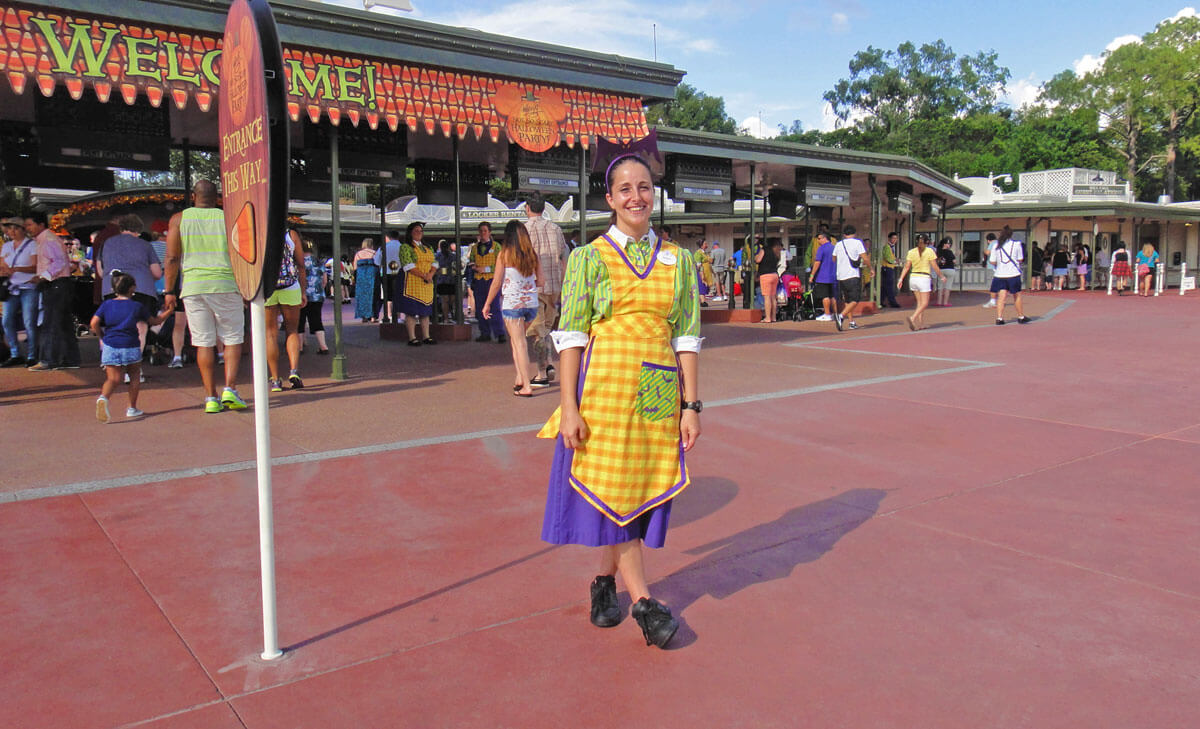 This is the single-most important tip for maximizing your fun and justifying the cost of this separately ticketed event. While the party officially starts at 7 p.m., guests can begin entering the park as early as 4 p.m. We highly recommend you get to the park early, so you can spend as much time in Magic Kingdom as possible. As the non-party-goers make their way out of the park, this is the perfect time to ride a few rides and grab an early dinner. By the time 7 p.m. rolls around, the whole family will be ready to party!

5. Visit the most “in-demand” characters first. 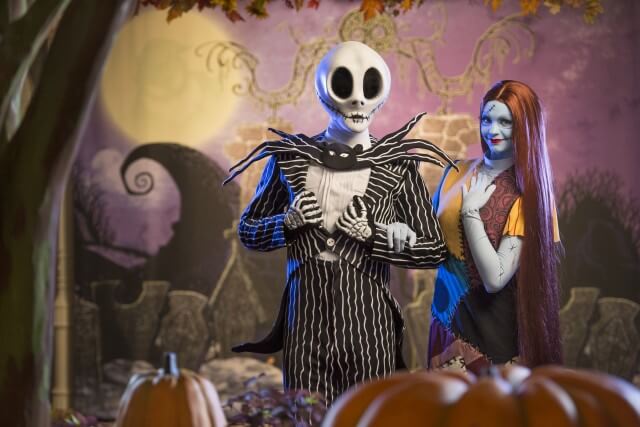 Leap’s favorite part of the party is meeting all of the characters who are greeting guests in different locations. Many of your favorite Disney characters are wearing costumes. Because the lines can get very long for the most popular characters, we recommend meeting them either right when the party begins at 7 p.m. or at the party’s end. Jack and Sally from “Nightmare Before Christmas” hold court at Town Square Courtyard, and we expect them to be popular again. (If you want a costume idea, check out our DIY Jack and Sally T-shirt.)

Of course, if you’re like us, it just wouldn’t be right to not stop by and say “boo!” to Mickey and Minnie, but make sure to wait until the party’s started or they won’t have their costumes on!

6. Stake out your parade location.

Tad’s favorite part of the party is watching Mickey’s “Boo-to-You” Parade. He loves the Headless Horseman, all of the spooky floats and the characters in costume. You don’t want to miss the grandmaster’s entrance (even if he is missing his head), so be sure to find a spot along the parade route at least 5 minutes in advance (30 minutes for the best locations).

The parade happens twice nightly and kicks off in Frontierland® Area, follows the waterway until it reaches Liberty Square, crosses the Liberty Square bridge, circles Central Plaza in front of Cinderella Castle then heads down Main Street, U.S.A.®, where it ends next to Harmony Barbershop. If you don’t mind the kids staying up late, go to the second parade, because it’s usually much less crowded.

7. Make time to mingle. Several times a night, Disney’s villains put on a singing and dancing performance — for 2015 it will be the “Hocus Pocus Villain Spelltacular,” featuring the Sanderson sisters and other villains — at Cinderella’s Castle. In past years, the villains would come down and mingle with guests, making this a most-popular event. Last year, the villains were spread throughout the park, so we’ll just have to see what’s in store for 2015! 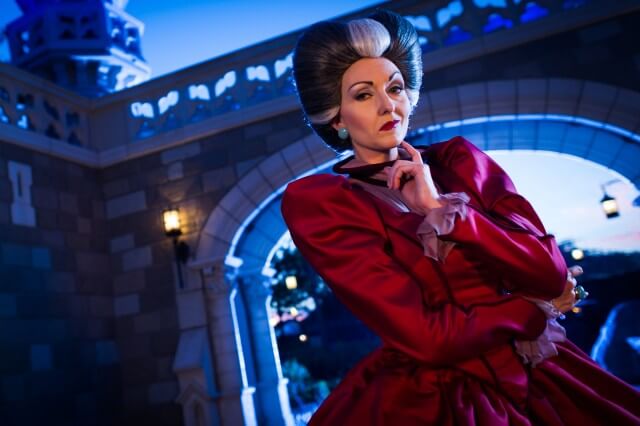 It just wouldn’t be a Disney party without a dance. Last year, Club Villain made it’s debut at The Diamond Horseshoe in Liberty Square. The wicked dance party featured the likes of Cruella De Vil, Dr. Facilier, Anastasia, Drizella, Lady Tremaine and more. Mike and Sulley also played host to their own Monstrous Scream-O-Ween Ball on the Rockettower Plaza Stage in Tomorrowland. We can’t wait to see which dance parties will be returning for Mickey’s Not So Scary Halloween Party in 2015! 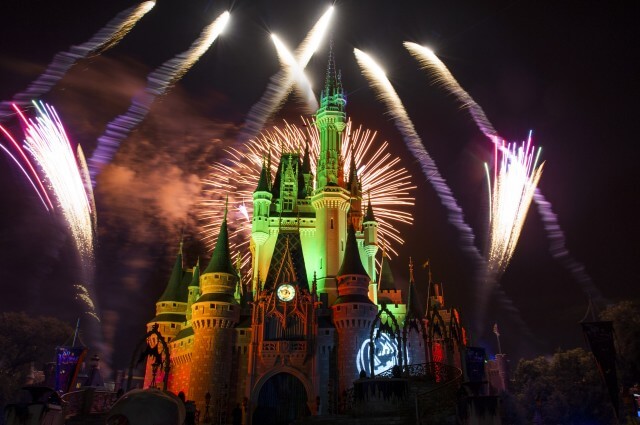 The grand finale is the villainous fireworks show Happy HalloWishes! You must not miss the show, as we think it’s one of the very best fireworks shows of the entire year. The very best spot for taking in the pyrotechnics is straight ahead on Main Street U.S.A.

Previous top Halloween party songs 2016: Enjoy the festival with These
Next Guide to Disneyland Halloween Time 2016

Disneyland is changing their Halloween party character from Mickey to Oogie

Why we Love Halloween?